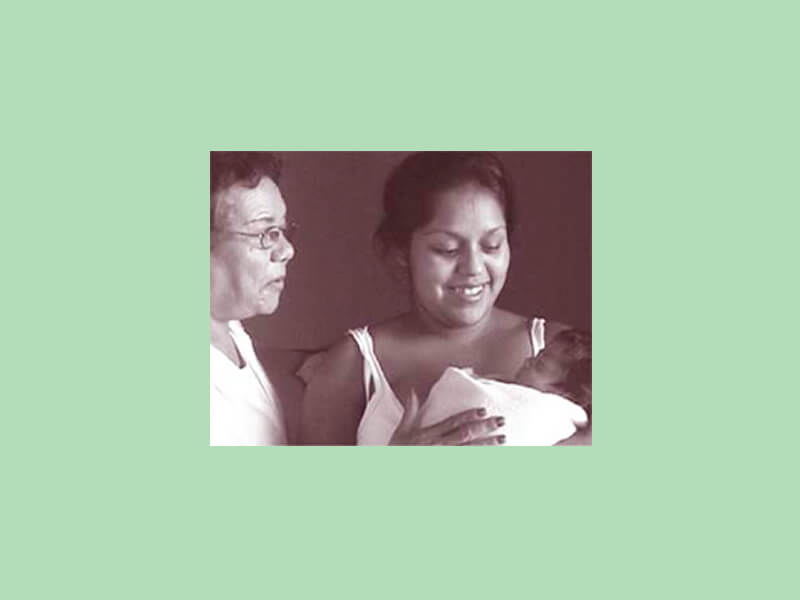 Lily was 17 years old, pregnant and living with her mother when she enrolled in Early Head Start. She asked me to be her Doula. On a home visit, we talked about the kind of birthing experience she wanted. Together we created a birth plan describing how Lily wanted to be comforted during labor and her wishes concerning medical interventions.

As Lily’s due date approached, I spoke with her after each doctor’s appointment to see how she was feeling. Lily felt calm about her birth plan and was very excited to meet her baby! She decided to give birth naturally without pain medication because it would be the best for her baby’s health.

It wasn’t long until Lily’s labor began. As the hours went by, I used the techniques we had talked about to keep her as comfortable as possible. We took several walks through the hospital halls. I massaged her feet, legs and back. Lily did squats, took several relaxing showers, and moved her body into different laboring positions. She was incredibly determined, strong, and courageous throughout the night. After a long and hard labor 8 lb. Eduardo was born! His umbilical cord was cut and he was placed on his mother’s chest. Eduardo and Lily gazed into each others eyes. Lily was so proud of herself! She told me, “It was all worth it!” Lily’s tender handling of her new baby and their successful nursing was a beautiful sight to witness.

Caring For Her Newborn

I made a post partum visit within the first two weeks of Eduardo’s birth. I gave Lily resources on caring for a newborn and asked how she was feeling about her new role as a parent. Lily said she was feeling great and Edurado was nursing well and gaining weight. Lily’s extended family were all there beaming with pride. I asked Lily what I did as her Doula that she felt helped her the most so I can better help others. She said, “Everything! All your support was so helpful”.